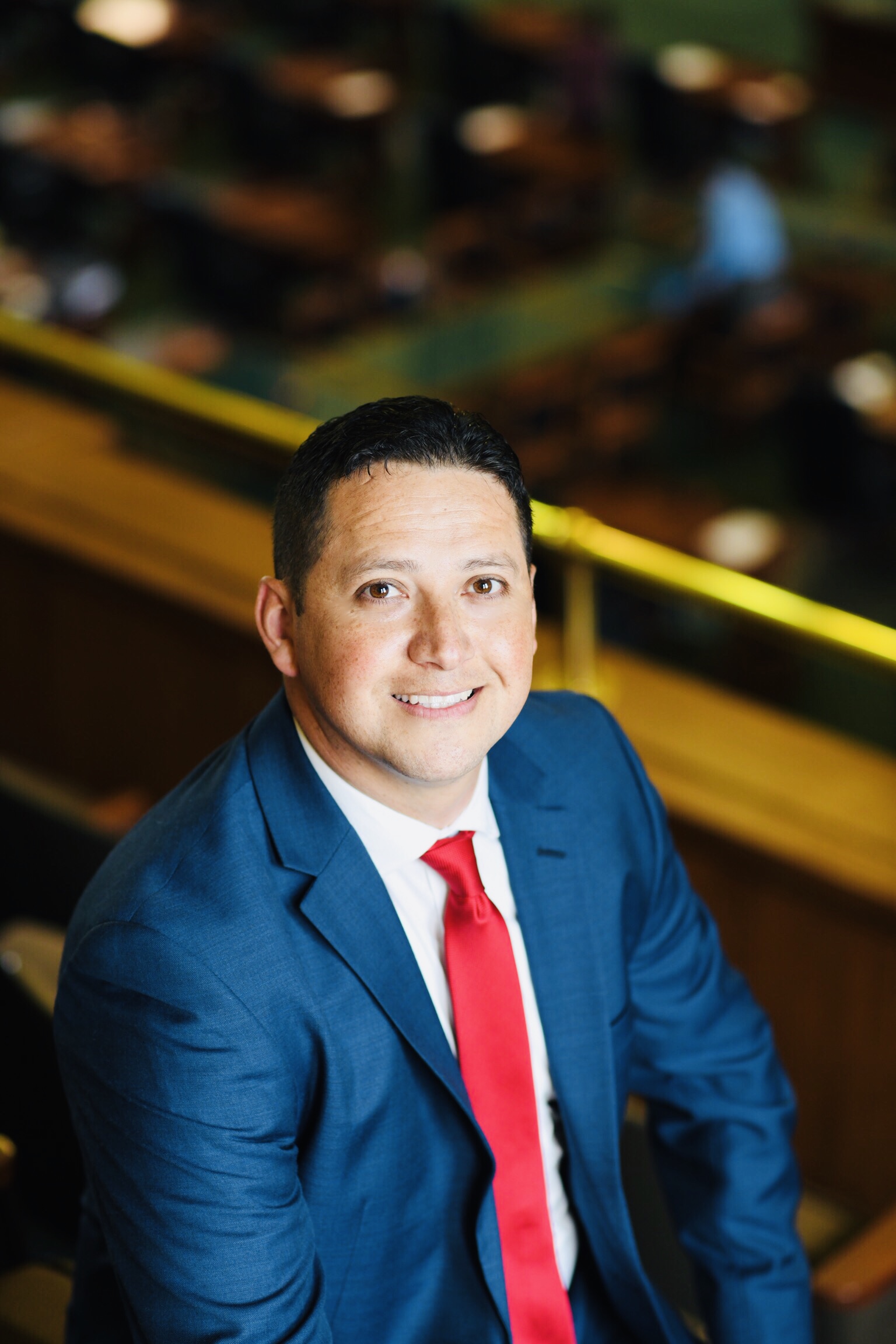 The Republican primary runoff between Tony Gonzales and Raul Reyes is an intense, high-stakes race being run in slow motion.

The two military veterans are vying for the chance to keep U.S. District 23, the state’s one true swing district, in the GOP column, now that Republican Rep. Will Hurd is stepping down after three terms.

There’s a formidable amount of terrain to cover in District 23, which stretches across 29 counties through 800 miles of border territory, from South San Antonio to the outskirts of El Paso.

Covering that terrain right now is a physical impossibility, however, because stay-at-home orders put in place to slow the spread of COVID-19 have shut down traditional forms of retail campaigning.

And it’s hard to call on supporters for fundraising help without looking crass, given the fact that more than 26 million Americans have filed for unemployment benefits over the past five weeks.

Gonzales, in particular, has embraced alternate forms of voter engagement, most notably by hosting a series of conference calls in which he has connected supporters and constituents with prominent elected officials.

Those calls (and Gonzales’s Facebook video messages) have found a sweet spot between the kind of informative town halls that members of Congress routinely hold and traditional campaign events. By framing the calls as a way to keep District 23 voters up to date on Congress’s pandemic-response actions, Gonzales has been able to position himself as an above-the-fray public servant — even though he’s not yet a public servant.

The conference calls also have demonstrated how connected Gonzales is to the GOP congressional caucus and the degree to which he is favored by the party establishment.

Gonzales served 20 years in the U.S. Navy, including stints in Iraq and Afghanistan.

During his tenure in the Navy, Gonzales also served for a year in the office of U.S. Sen. Marco Rubio, R-Florida, as part of the Defense Department’s Legislative Fellows program. That experience not only kindled his interest in a political career, it also established a lasting bond with Rubio.

In fact, Rubio guested on one of the five conference calls Gonzales has held during the runoff campaign. Hurd, who has endorsed Gonzales, also turned up for a conference call.

The most recent call, on April 17, featured Austin Congressman Michael McCaul, the ranking member of the House Foreign Affairs Committee.

Before discussing congressional business, McCaul launched into a brief but earnest testimonial for Gonzales.

“He’s an excellent candidate to succeed Will Hurd,” McCaul said. “We’ve got to keep this seat Republican if we want to get the majority back in the Congress. He’s got a really prestigious background in national security.”

The conference call took a surprising turn when the first question came from Dwight Parscale, a San Antonio Republican who also happens to be the father of President Donald Trump’s campaign manager, Brad Parscale.

The elder Parscale touted the healing properties of hydroxychloroquine, a drug prescribed for malaria and lupus that Trump has frequently cited as a promising treatment for COVID-19. (Parscale asked why it hasn’t been more readily available for coronavirus patients in Texas and McCaul shared his concern.)

While Gonzales and Reyes are both fundamentally conservative candidates, Gonzales, like Hurd, shows a willingness to listen to opposing views and tends to frame his answers with enough nuance to be acceptable to independents and moderate Democrats.

Clearly, Beltway Republicans view Gonzales as the runoff candidate with the best chance of defeating Democratic nominee Gina Ortiz Jones, but perceived general-election electability can work against you in a primary race.

Reyes can’t match Gonzales in campaign funds, coming into April with $45,323, compared to $271,822 for Gonzales. But the retired Air Force lieutenant colonel is basing his candidacy on the idea that his brand of conservatism is undiluted and unabashed.

Unlike the congressman he’s hoping to succeed, Reyes is an ardent backer of Trump’s proposed wall on the U.S.-Mexico border. He has promised to “remove loopholes and to secure funds needed to build and finish the wall.”

Reyes contends that Hurd “has ignored the issue during his tenure” and blocked Trump’s attempts to secure the border.

Reyes tried to turn Hurd’s endorsement into a negative for Gonzales by saying that he never would have accepted the support of someone he has blasted as a “Never Trumper” willing to “derail the president’s America First agenda.”

Gonzales is managing to keep a higher profile these days than Reyes. The question is whether the political connections that are boosting his efforts will work to his favor or detriment.